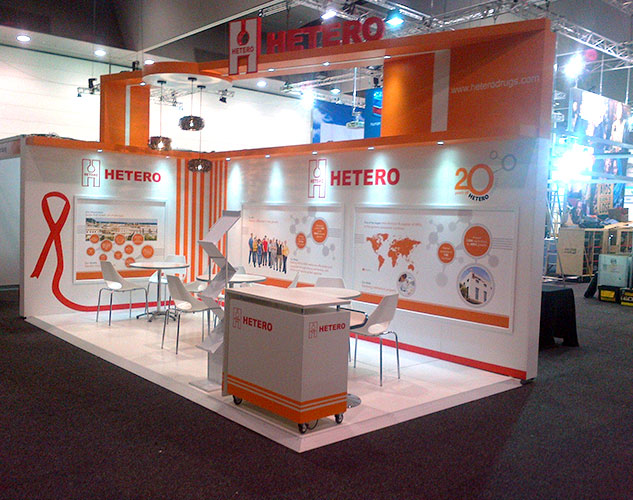 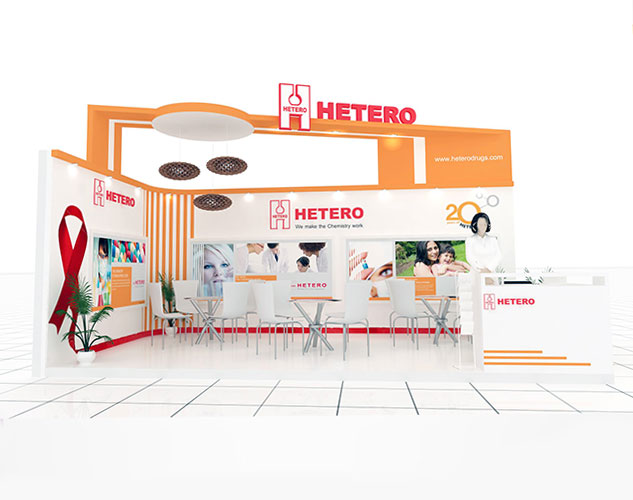 Hetero is one of India’s leading generic pharmaceutical companies and is one of the world’s largest producers of anti-retroviral drugs for the treatment of HIV/AIDS. With more than 20 years of expertise in the pharmaceutical industry, Hetero’s strategic business areas include APIs, generics and biosimilars.

At IAS – Melbourne 2014, we crafted for the client a 3m x 6m stall composed of a reception and 3 open sitting areas, strategically designed to facilitate easy movement throughout the stall. Frontlit posters and a brochure stand were placed to divulge relevant information with regard to the company and its credentials. The stall was adorned with a ribbon theme – as a representation of AIDS; which begun from one end and extended till the edge of the stall’s other end.

The stall was inspired from Hetero’s brand colours and to correlate with it, an orange and white theme was used for the entire stall to give it a finer look. To enhance and promote branding, a huge 3d sunboard logo was placed on the fascia and was complemented by specially designed ceiling lamps hung from the top. Team Black Pepper once again proved their dedication by putting up a great stall.