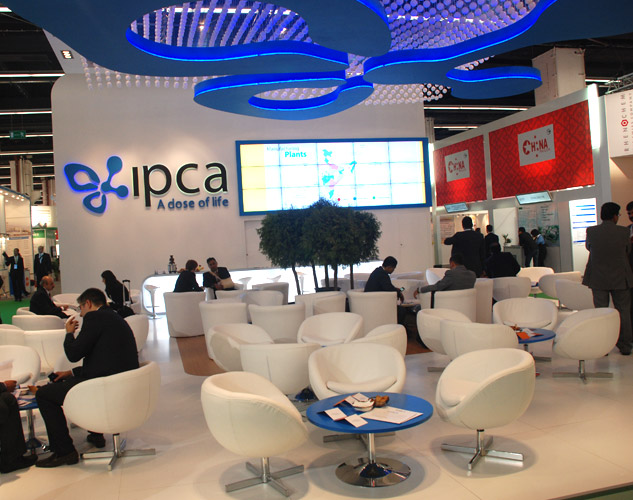 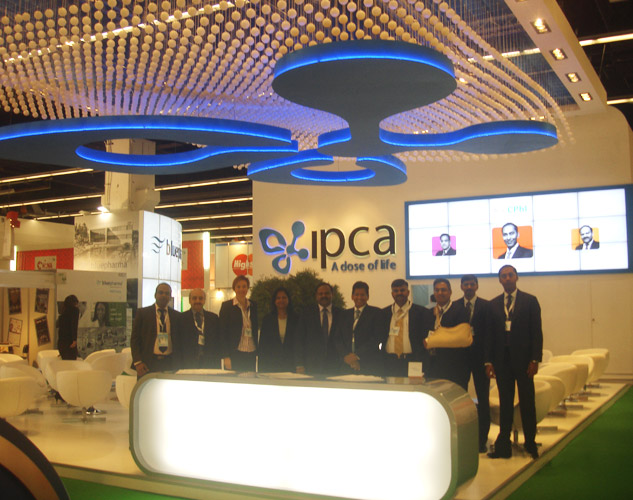 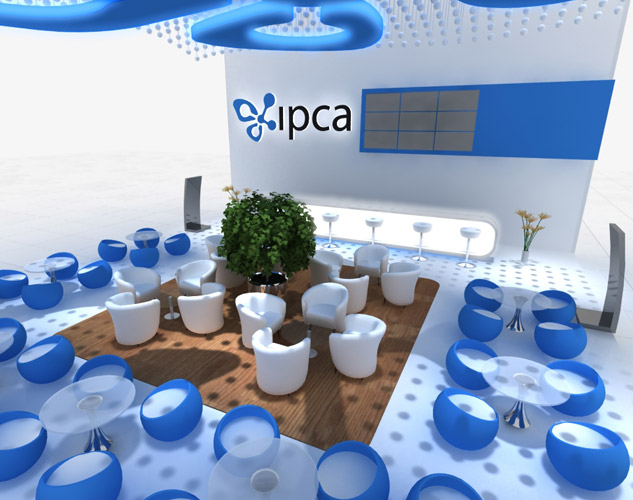 WITS Interactive, our business group was behind the creation of Ipca's Brand identity. A fully integrated Indian pharmaceutical company and one of the words largest manufacturers and suppliers of over a dozen APIs and has been partnering healthcare globally. For Ipca's logo launch we at Black Pepper set up a stall of the dimensions 14m x 10m. for them at Frankfurt, Germany 2011.

We had made thousands of sphere shaped white balls which were made to hang from the ceiling in a still position which were not easy to place at all. It was done completely manually. These were made in the form of a wave. We created a huge logo which was suspended along with the spherical balls having light illuminating from it. The entire concept of the ceiling was very eye-catchy.

We also made a comfortable seating arrangement in which the chairs were white and had small tables which were blue in colour. Every detail was kept in mind in accordance with Ipca's brand colours. Also a huge LED screen, having a short presentation movie about Ipca's journey was made to run on the screen to spread knowledge about the company. This show was a complete hit, for which we were well appreciated.