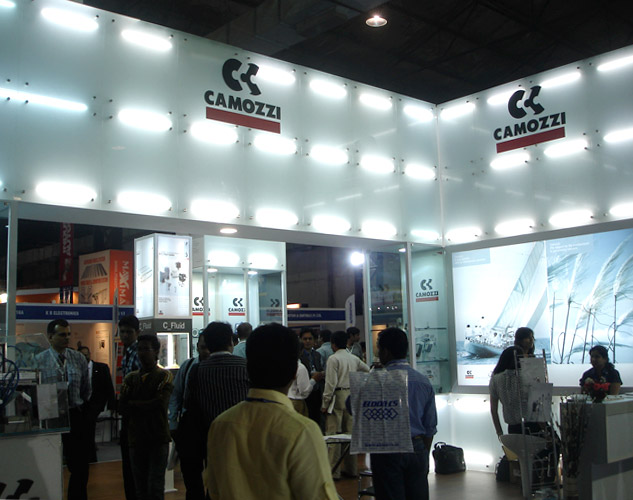 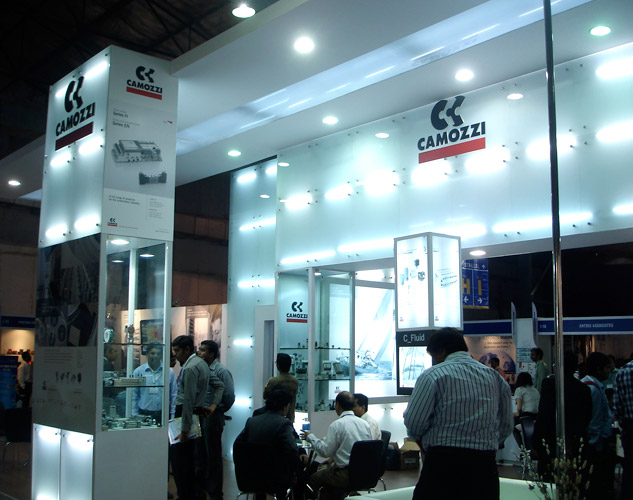 In 1964, Camozzi was incorporated by three brothers and they began manufacturing components for industrial automation in a small village of northern Italy. Over the years the Group has witnessed substantial growth. Today the Camozzi Group is an international enterprise organised into four operating divisions. 13 companies, leaders in their respective markets, with a global sales network encompassing more than 70 countries, with over 2300 employees.

At Automation Expo – Mumbai 2011, team Black Pepper crafted an impressive frost finish glass stall measuring 80 sq. m. It was a stall with plentiful diverse posters, where the mains were all frontlit and the rest were both backlit and frontlit. An extensive product display, small to large, was facilitated owing to optimum space utilization and efficient management for an affable walk through.

The stall comprised of a meeting room, a pantry and a plasma screen for visual representation. Live product displays were also integrated fluently as a part of the stall alongwith the various other elements and arrangements. The stall was simple and subtle with a formal impact on the visitors and passersby equally.